Chancellor Melvyn Bragg opens the £26m University of Leeds library, a 'stimulating and flexible space' for its 31,000 students. 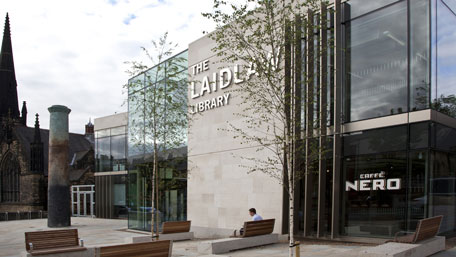 With five kilometres of bookshelves, 1,000 new study places equipped with superfast internet access – and group study rooms with hi-tech equipment for students to work together on projects and presentations – the Laidlaw Library is a state-of-the-art facility for today’s learning.

The shelving was supplied and installed by Forster Ecospace to house the five kilometres of books being transferred from another of the University’s libraries. All shelving units have oak veneered end panels and tops which surround the shelves and uprights which are finished in white. 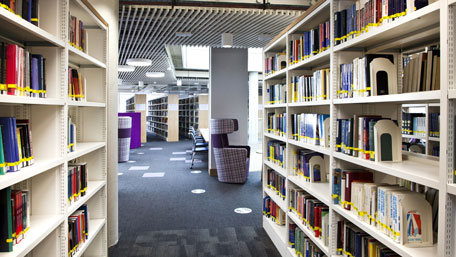 The library, close to the University entrance on Woodhouse Lane, is named after Irvine Laidlaw, who studied economics at Leeds in the 1960s, and whose £9m gift for the project is the biggest ever received by the University.

Work has now begun on a thorough refurbishment of the Edward Boyle Library, to be carried out in two halves, ensuring that the facility remains open throughout. The finished building is due to open in September 2017.