The Book Stop Project is a design concept offering a huge potential for community libraries to evolve from monolithic buildings to activated public spaces. 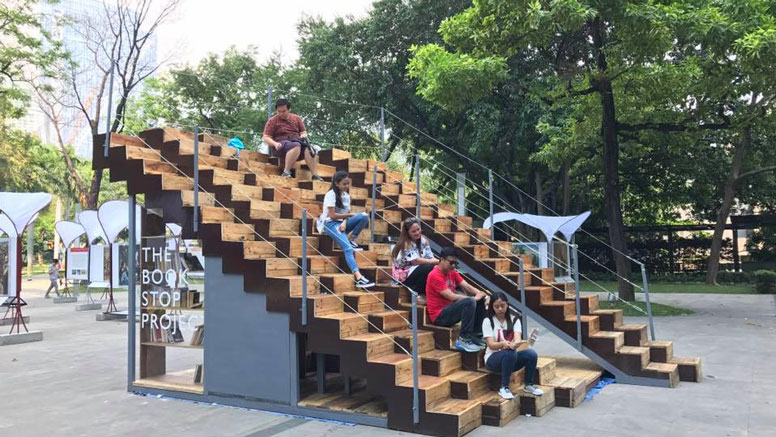 The project is the vision of Philippines-based WTA Architecture + Design Studio and has already won several international awards.

WTA says: ‘The Book Stop Project refocuses on the core program of a library as a place for books and reading, a space for human interaction, and a platform for learning. It is a network of mobile spaces spread across the city, each garnering far more foot traffic than the typical library. The Book Stop refrains from trying to reinvent the purpose of libraries. It instead works on rethinking the physical architecture and the distribution system of libraries, emphasising casual serendipity and ease of access.

‘The project maps out various public spaces throughout the city that has a high volume of pedestrian traffic. It serves as a redistribution point for old books, allowing the open and free sharing or transfer of ideas from one person to another. It's mobility allows it to be placed in the most underserved areas and allows it to reach a broader slice of the population. It moves from neighbourhood to neighbourhood mapping and responding to local issues and creates a platform for civic discussion and community development.

‘As a research tool, it serves as a data gathering centre for the demand for public libraries in various neighbourhoods. This allows planners and policy makers to determine where libraries can make the most impact and which communities can utilise them the most.’

The Book Stop: a pop-up library for all
Feature published on the online news site of the Philippine Daily Inquirer.

The Book Stop
Project profile on the WTA website, with a great gallery of images.

Awards for The Book Stop.
News about the international architectural awards for the project.