Kulturhus Haaksbergen, The Netherlands, has officially opened its doors with a lively combination of a theatre, library, exhibition space and a reading café. 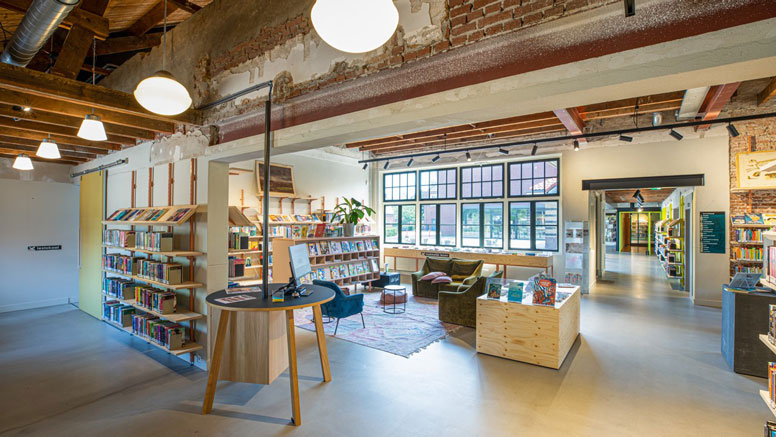 Traditional thinking was abandoned to pave the way for a fresh concept with a significant cultural-social function. The Kulturhus represents a new era: a time when disciplines, organisations, and programming do not just exist side by side but merge and reinforce each other. It is also a time in which social inclusion is becoming an increasingly important theme and for which actively participating in our living environment is crucial.

The concept for an accessible public space for everyone was based on the vision of creative guide and architect Aat Vos. The resulting design, a co-creation of Aat Vos and MARS Interieurarchitecten, underlines this social function and thus the modern role of libraries as a multifunctional space, a living room for the city of Haaksbergen.

To accommodate the organisation, the modern theatre De Kappen and the adjacent monumental school building were partly renovated and physically connected. To avoid distracting from the strong character of both buildings, a transparent glass connection was chosen to provide a physical bond. The striking yellow colour on the rear wall of the glass entrance area accentuates the fusion of the two buildings, creating a sense of unity. 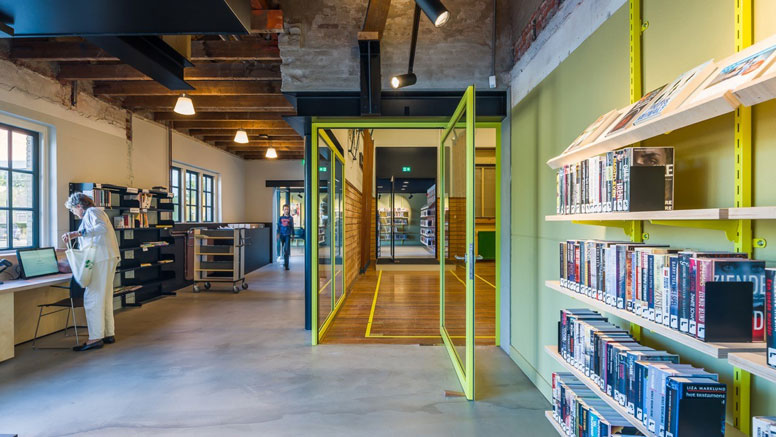 Memories brought into the now

Many people from Haaksbergen have warm memories of the old school which they hold particularly close to their hearts. Accentuating the monumental qualities and thereby making them visible, along with the history and the traces of daily life, these memories are now connected to the present. The striking and recognisable facades have been restored where necessary, and the suspended ceiling and old stucco have been removed. A beautiful wooden roof construction, an old outer wall, and a brick arch - of which the origin is unknown - emerged.

The Kulturhus now also has a small theatre room that is located in the former gym and is still clearly recognisable by the presence of ropes, rings and climbing frames.