The new Documentation Centre for Displacement, Expulsion, Reconciliation situated in the middle of Berlin is a visible symbol for the memory and commemoration of displacement, expulsion and forced migration in both the past and present. 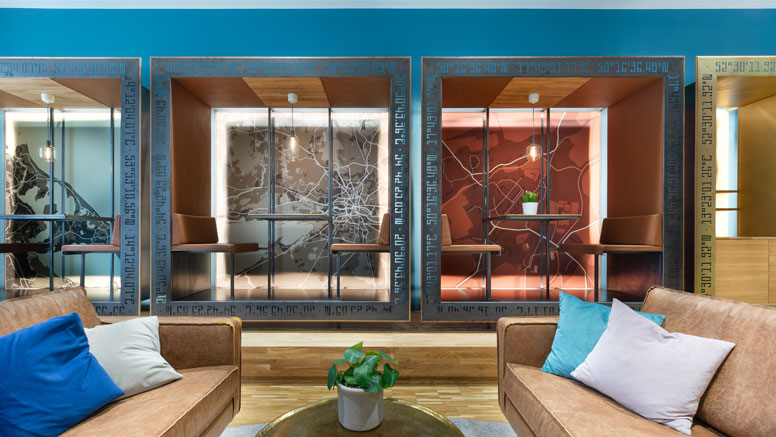 Opened on June 23, 2021, the foundation of the same name will be a place of historical education and lively debates to the public. For its first floor, aatvos designed a library with a testimony archive that encourages people, in the spirit of Third Places, to stay and converse.

The history of Europe in the 20th century has been shaped by national conflicts, wars, and dictatorships. Thousands of people were forced to leave their villages and towns. In 2005 the federal government at that time decided to create a visible symbol for the remembrance and commemoration of flight, displacement, and forced migration. The new Documentation Centre for Displacement, Expulsion, Reconciliation is meant not only to provide space for remembrance and commemoration of the past but also to stimulate discourse about current events.

After renovation and redesign by the Austrian architect studio Marte.Marte, the former Deutschlandhaus at Anhalter Bahnhof in Berlin was handed over to the foundation in 2020. In addition to exhibition and event rooms, there is also a special scientific library with a testimony archive as an important pillar, designed by aatvos. On June 21, 2021, the centre was officially inaugurated in the presence of German chancellor Angela Merkel and will welcome the public starting June 23, 2021.

What does it mean – on a personal level and for society at large – to lose one’s home? The guests can delve deeper into this question in the newly designed rooms of the library and testimony archive of the Documentation Centre. “When designing the interior, we paid great attention to creating opportunities for the audience to process and think through what they saw, heard, and experienced in the museum,” summarises Creative Director Aat Vos, “The new library offers various opportunities to sit down, relax, and reflect on the meaning of memories.” 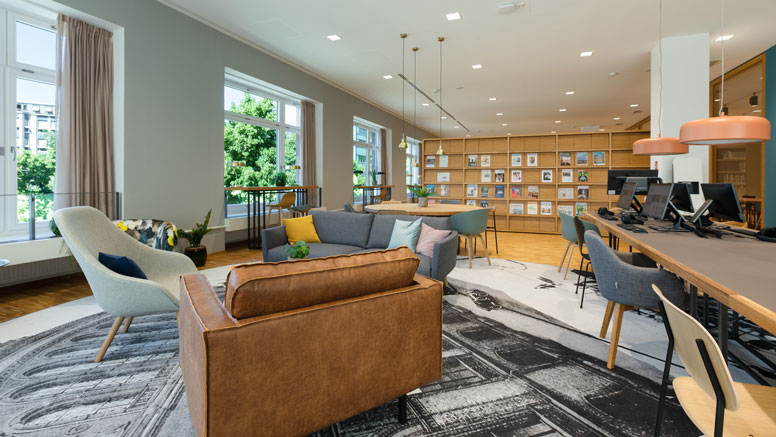 Before entering the main exhibition rooms, visitors pass a colonnade. This area positively affects the exhibition because it hosts individual seating cocoons, inviting visitors further into the library – manifesting the concept of a Third Place already from afar. In an intimate and cosy atmosphere, visitors have the opportunity to immerse themselves in the personal memories of those affected and to envision what it means to flee into the unknown. In addition to comfortable seating, each cocoon has a media station: a map at eye level accompanied by auditory impressions. This combination brings visitors closer to life stories that have been shaped by flight and displacement. Along the cocoons‘ steel frames, geographical coordinates of places that were the scene of forced migration at different times can be found, cut out from the steel structure using a laser – the result of a collaboration between Studio Neon and aatvos.

There will be a meeting and information point with a large communal table in the centre of the library. This central area is flanked by individual and group workstations with a small coffee bar. Attractive workplaces will also be set up along the window facade.