The London Borough of Merton is transforming its library spaces through innovation, collaboration and consultation – increasing usage while reducing costs.

A transformation strategy that works

Designing Libraries spoke to Merton’s Library and Heritage Service about its library service strategy, its reputation for excellence, its partnership experience and the ongoing transformation of its traditional library spaces to accommodate a wide variety of community and cultural activities.

Merton is a south-west London borough most widely known for hosting the Wimbledon tennis championships. Like most London boroughs it has areas of prosperity as well as significant pockets of poverty. Balancing economic challenges with increased demand for services, the council has managed to retain all seven of its libraries and increase opening hours while making over £1.5 million of savings. It has achieved this through a handful of key delivery principles:

The transformation has led to a number of awards in recognition of Merton’s achievements. Interestingly, however, that strategy has moved on from a focus on efficiency and cost-saving to an innovative approach to service developments, with a significant impact on how library spaces are used. 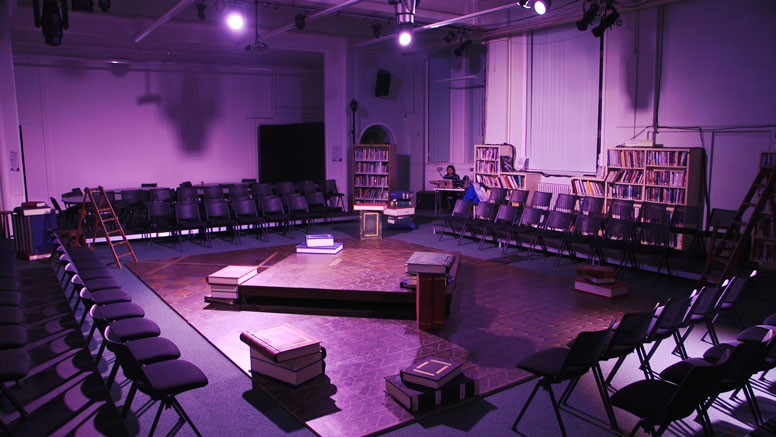 With the help of Arts Council England funding the back section of Wimbledon Library has become a multi-use space: a library by day and a performance space by night. Working with local arts organisations, the space has developed into a fully functioning venue that can hold up to 300 people and has a professional sound and lighting rig along with a flexible stage.

Two exhibition rooms have also been installed for artists to display their work and to act as community meeting or learning rooms. The space has hosted a number of high profile theatre and music performances and the model has been extended to the east of the borough with an Arts Space to open in Mitcham Library. In its first year, Merton Arts Space delivered 297 performances by 504 artists and attracted audiences totalling almost 200,000 people.

The introduction of the Primary Schools Membership Scheme has every primary school in the borough signed up and every pupil is a library member. “Through engagement sessions, activities and support from schools we have seen a tremendous increase in usage amongst this target group and demonstrable improvements in Key Stage 2 English results at many of our primary schools,” says Councillor Nick Draper, Cabinet Member for Community and Culture, who also clarified the nature of the volunteer scheme in the borough’s libraries:

“Merton has some of the highest numbers of volunteers of any service in England. Our model is to utilise them in supportive roles and use our small, but experienced staff team to guide their work. Our approach has been recognised nationally and used as the model for the London-wide ‘Love Libraries Love Volunteering’ initiative. Funded by the Greater London Authority, this project rolled out the Merton model of volunteering to 18 London local authorities and saw over 3,000 new volunteers recruited within six months.”

Merton was awarded £142,000 from the Arts Council England to increase its engagement with young people through developing a new range of cultural activities in libraries. This initiative includes the new Arts Space for Mitcham Library, the development of a high school library membership scheme that includes incentives to encourage young people to read for pleasure and a new range of cultural activities and opportunities delivered through libraries. The initial consultation has gathered useful insights into young people’s attitudes and perceptions of libraries and the environment they live in. These views will form a key role in the collaborative development of the content of the project.

A nursery for reading 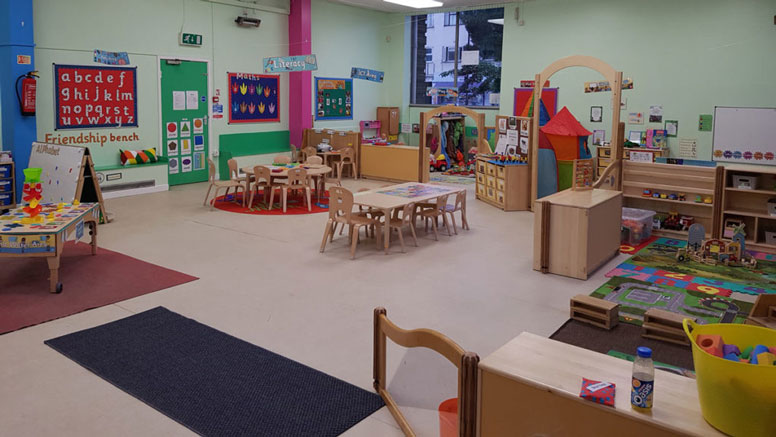 Merton has two fully integrated nurseries operating out of two of its libraries, and they are hugely successful. “Who wouldn’t want their child to attend a nursery based in such a fabulous setting as a library and have access to all of its wonderful facilities?” says Lisa Mustoe of Merton Libraries.

They receive income from renting the space to these independent businesses, but see themselves working in a seamless partnership, building a love of reading with children at a young age, giving parents exposure to the library service, building relationships that will entice them back in to the library setting. “We also benefit from highly skilled nursery practitioners delivering rhyme times and story times in the main library not only to the nursery children, but also to other library users.” 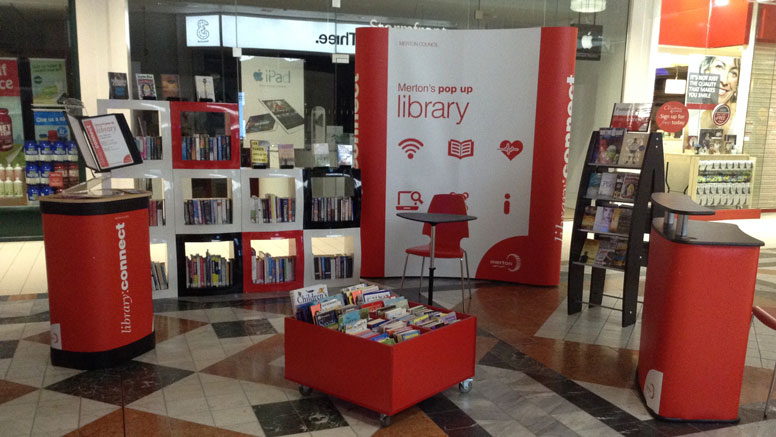 Merton’s very own pop-up library, called Library Connect, has been established for almost three years. During this time, pop-up libraries have been set up in 17 locations and received a total of 13,566 visits. Library Connect is designed to engage with people who are not regular users of the library service to show them the wide range of services available. Library Connect events are usually hosted in places where there are low levels of library membership or at places frequented by underrepresented library user groups.

“We have exciting plans, including a brand new library building opening in Colliers Wood in early 2018. We are keen to try to grow our way out of the financial challenges we face and are placing a large emphasis on our income generation plans, including the rollout of coffee shops in all libraries, further development of Merton Arts Space and developing new ways to market our content digitally. Collaboration is a key part of our success and we are looking to develop new partnerships, particularly with health services, as there is a strong link between libraries and wellbeing.”

"We always want to test ourselves and therefore consider alternative delivery models. But we have a lot of confidence in our in-house team to deliver and the results are demonstrable in what has been achieved."