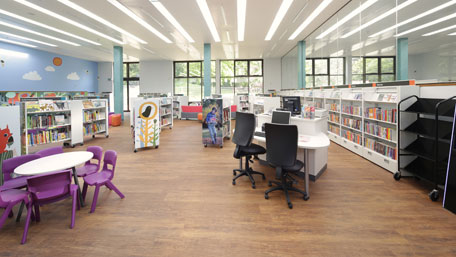 The scheme was part-funded from the sale of Exeter Airport. The new library has added thousands of new books, and now has an extended foyer, a cafe and a larger children's library.

The library is now much lighter and airier. What the library has aimed to achieve, says Matt Stone, project manager for the library service, is 'a fusion of the original 1960s with the modern.'

One of the most interesting innovations is the introduction of a 'Fab Lab', as well as a new Business and Information Hub to support local businesses. The 'Fab Lab' is believed to be the first of its kind in a UK public library, though a growing feature of libraries in the US and other countries. The Fab Lab, or fabrication laboratory, is a digital workshop equipped with laser-cutters, 3D printers and scanners, 3D milling machines, electronics bench and programming and design tools, where users can “make almost anything”.

The library also features a 'book sculpture' by a certain Will Shakespeare, a West Country craftsman. 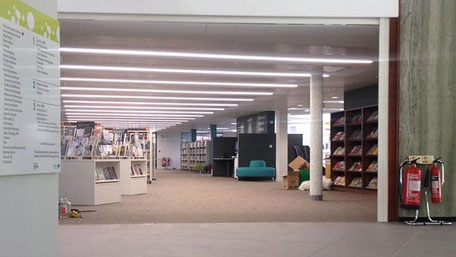