Dublin library open for all 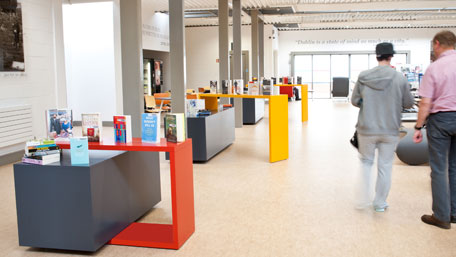 Ballyfermot library first opened as a small branch in 1959, moving in 1977 to new premises as part of the Kylemore Road Vocational School, where it remained until the opening of a new, purpose-built library in June 1981, next to Ballyfermot College of Further Education, with special emphasis on the needs of people with disabilities. It was also the first of our libraries to offer free internet access to the public. After nearly 30 years of service, the library closed for refurbishment  in 2009.

We carried out a number of public consultations and we have done our best to provide the library that all of the people of Ballyfermot want. As well as a survey of library users, we also held a number of workshops that focused on particular groups, such as families with small children and secondary school students. We hope that by offering enhanced facilities and services we can attract people of all ages to the library.

The children's library now has a bigger floor area than some of our other library buildings! It includes a specific area for toddlers and younger children.

There are now more than 50 study spaces for students of all ages, and we have provided shelving space to the FE College for their library. We also house an important private library which has a particular focus on Dublin history.

As part of the refurbishment works the library roof was replaced, we improved ramped access internally and externally and installed power-assisted doors.

The library received a building design award from the National Rehabilitation Board in 1981 for the emphasis placed on access for people with disabilities. Dublin City Council has taken further steps to improve access to the building as well as the internal environment, including the colour scheme, signage, furniture layout and design.

The City Council received grant aid from the Sustainable Energy Authority of Ireland to implement a number of building efficiency up-grades as part of this project, including complete re-wiring and new, more energy efficient lighting and heating systems.
As well as continuing to provide all of the services expected of a 21st century public library, further enhanced services will now be available: 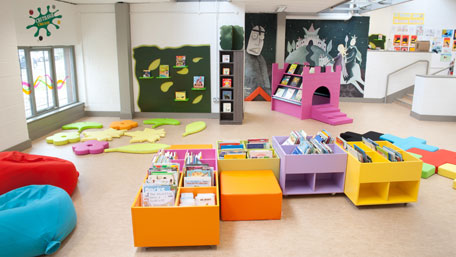