The National Library of Latvia

The National Library of Latvia is all about people – with the user experience, openness, service quality and staff competence as its main priorities. 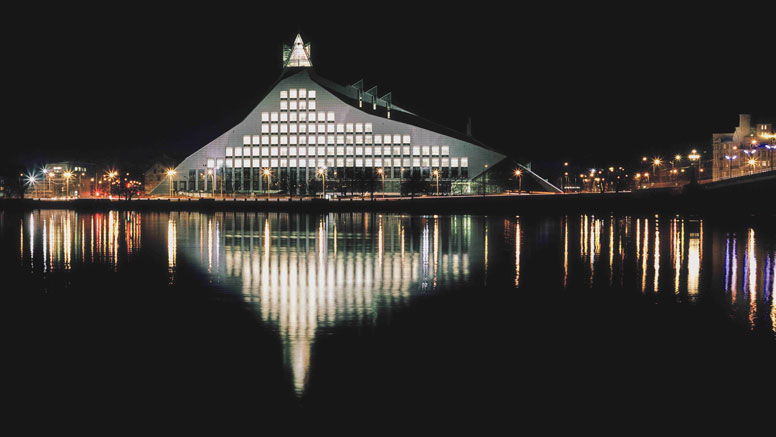 A national library for everyone

Users can access more than 350,000 items on open shelves, use facilities for individual and group work, with workstations for editing audio, video and 3D files, digital pianos for playing musical scores and special reading rooms for visually impaired.

Since its opening in its new location in 2014 the library has attracted new audiences, such as foreign students and freelancers who are using the facilities for both study and work. Unusually for a national library, which at its heart is a responsibility for the national bibliography and acts as the national depository and archive, it has succeeded in attracting younger audiences. Kids can get a reader’s card from the age of five and are welcome at family events on weekends. Young adults are drawn by events ranging from board game tournaments to career advice seminars. The public response has been overwhelming – the number of registered users has grown from 30,000 in 2008 to 132,000 in 2016. Visits to library have increased from 91,000 in 2013 to 517,000 in 2016.

“We are developing a national digital library, national open access repository and national encyclopaedia,” says Andris Vilks of the National Library. “We create the national bibliography and joint library catalogue. We run a reading promotion program for children, attracting 20,000 participants each year. We provide professional services to librarians. We research. We teach. Through culture, education and research, we are preserving our heritage and making Latvia a better place for this and future generations.” 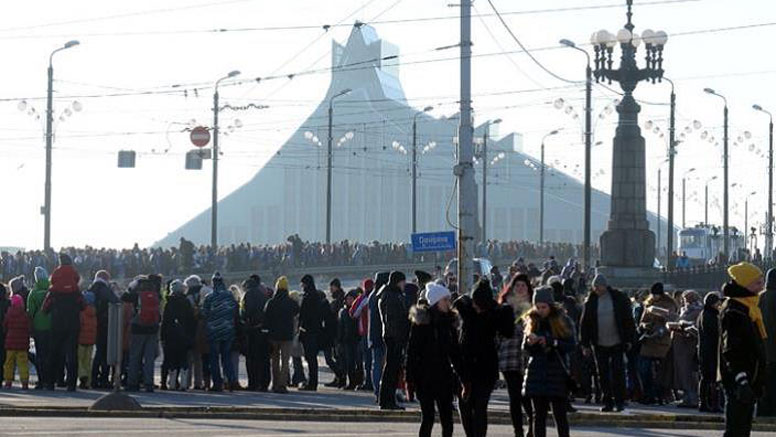 A chain of book lovers. Photo: National Library of Latvia, 2014

The NLL building has become a spatial symbol of Riga. Wishing to incorporate the spirit of the national revival and highlight its collection of cultural treasures, architect Gunnar Birkerts (1925-2017) has merged into the building’s form two symbols of significance to the Latvian nation – Glass Mountain and the Castle of Light. The Glass Mountain symbolises the obstacles confronting man’s creative life, while the Castle of Light is a symbol of people’s freedom and creativity.

The building has received international recognition – the American Institute of Architects / American Library Association Library Building Award in 2017, and it was included into the BBC list of the ten most beautiful modern libraries in the world. In 2018 during the London Book Fair the National Library of Latvia won the International Excellence Award for Library of the Year. 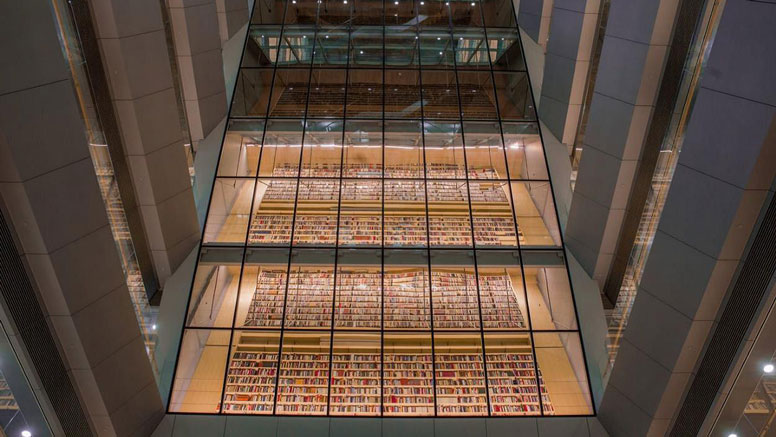 At the core of the library is the People’s Bookshelf. The ‘Special Book for a Special Bookshelf’ campaign is an opportunity for everyone to donate a book to the National Library of Latvia and writing a message or personal story relating to the book on its title page. People’s Bookshelf, together with more than 15,000 books donated by local residents or city guests, is a very special place created by people themselves. Here there are personal stories that would otherwise be lost in the passage of time. During 2018, Latvia is celebrating its centenary, so various official delegations will be arriving. All of them will bring a present for Latvia – a book with a personal message to supplement the collection.

The National Library of Latvia
The home page of the library, from which there are links to photos and a 360 degree tour of each level.

Motown to mountain
A profile of the National Library and a portrait of the architect Gunnar Birkerts, by Design Curial.

The idea of the project
Architect Gunnar Birkerts on the soul of the building.

Library for a land of folklore and fairytales
Lesley Whyte of BDS, a judge for the LBF Awards, pays a personal visit. Here is her report.