The library won the newly established Library of the Year Award in the International Excellence Awards at the London Book Fair, 2018. 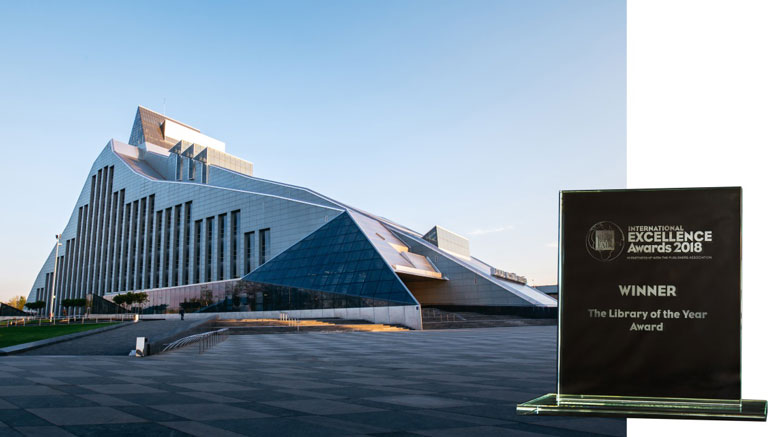 The building, which has come to be known as the Castle of Light, was opened in 2014, and is recognised as the greatest achievement of architect Gunnar Birkerts (1925–2017).

The judges of the Award, in summing up, said: 'Architecturally, it is a symbol of Latvia’s national revival and sense of identity. As a library for all the people its aim is not only to preserve Latvia’s national heritage but to engage everyone in the creation of that cultural heritage for future generations.'

The Award was presented to Director of the National Library of Latvia – Andris Vilks - by David Lindley, Director of Designing Libraries. 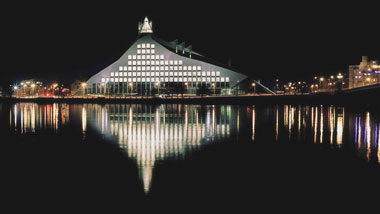