As BDS celebrates 21 years originating and supplying library data, John Hudson looks back on how much has changed, and how the design and presentation of data is now an integral part of the user journey of discovery. 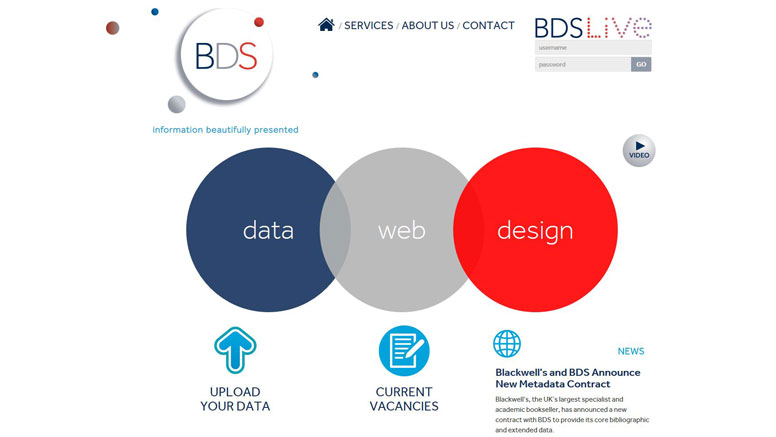 In 1995, Lesley Whyte and Eric Green took a new approach to providing catalogue records for the library community in Britain. They founded BDS, taking advantage of the newest technology. The company offered a cost-effective way of creating metadata and disseminating it that removed the need for local effort and produced a much better result. The initial target audience for the service was the public library market in the UK, one they knew well from their experience in library bookselling, but implicit in the concept was that this data could serve any library in the English-speaking world.

Not only were huge savings possible by avoiding the replication of a single task across thousands of instances, it was also possible to provide guaranteed consistency of information and the thorough application of data standards. Moreover, it offered the opportunity for librarians to plan ahead as the new data creation model linked publishers to libraries through the availability of detailed information up to six months in advance of publication.

“It was an exciting time technologically,” says Eric who led in creating the IT systems that made the model work. “Advances in communications, in hardware, software and storage made things possible that had previously only been undertaken in large organisations in cities. Suddenly, from a small rural office, we were able to work smarter, and produce results before our customer even appreciated that they needed the service.”

Within a short time of setup, BDS had won the British Library CIP Program contract, a contract it retains to this day. BDS had its first and the most important of its many customers.

The rise of the Internet was reflected in the rise of BDS but other factors no doubt played a role, such as the need for the public sector to make economies and the adaptation of libraries themselves to a new era where digital increasingly supplants physical. The general public also played its role as the population became more mobile and expectations around public spaces changed from a passive acceptance of what was available to a consumer-driven demand for convenience.

But, in truth, the BDS story was only beginning. As information flowed more freely and quickly around the networks of the world, the opportunity to pack more data into any one service was realised. What in 1995, the year of BDS’s founding, would be a few bits of data rapidly became a few kilobytes and then a few megabytes. In short, metadata, once upon a time the drab dresser who only carried what was absolutely necessary on its back, became the sharp dresser with all the looks and attitude of a fashionista. Suddenly metadata became sexy.

In 2006 it launched BDSLive, its flagship product that made the library catalogue visible. Data, once codes and short verbal descriptions, became images, scans, sound files, previews, tables of contents, in fact any number of support entries around the core information. What’s more, these could be cross-referenced across items and even across media, for with the expansion of the library catalogue came a broader remit that included film, music and computer games and more recently e-books, video on demand and streaming content.

Growth also came to BDS through flexibility of delivery and the expansion of entry points into its dataset while external linking into Wikis, blogs and biographies further grew the BDS offering as the World Wide Web began to form into the Semantic Web, an ideal that is still emerging, the dream of visionaries and the perplexing problem child of pragmatists.

Twenty-one years on and the coming of age of BDS sees it once again branch out into a brave new world, still with Lesley and Eric at the helm. Intimately linked with the process of the creation of the BDS catalogue, a catalogue that today supplies every library authority in the UK as well as many abroad, is the availability of web services that can handle large datasets and design services that know how best to present information both on the web and in print and physical space. BDS has embraced both.

“BDS has come such a long way,” says Lesley, “but the model I first imagined, a model based on accuracy and consistency delivered to all users equally, remains. This is the only way data can truly work for people. At the heart of this process are the 70 staff BDS employs to create that data and deliver it and present it meaningfully and attractively.”

A complete refresh and rebrand of the company in 2016 has taken BDS into the world of “information beautifully presented” – a new strapline and mission statement combined. It represents a realisation of the dream first dreamt all those years ago by Lesley and Eric in Dumfries, a dream that would make data visible and beautiful.

“The premise is simple: just as people want information delivered in comprehensive and flexible detail, so the presentation of that data should suit the end-user and not the creator. You should be able to get the data you want delivered to the platform you require and presented in the unique and attractive manner you wish,” concludes Lesley.