In an opinion column for CBC News, Richard White wonders if site restrictions at the futuristic new library have led to a building that is, frankly, boring. 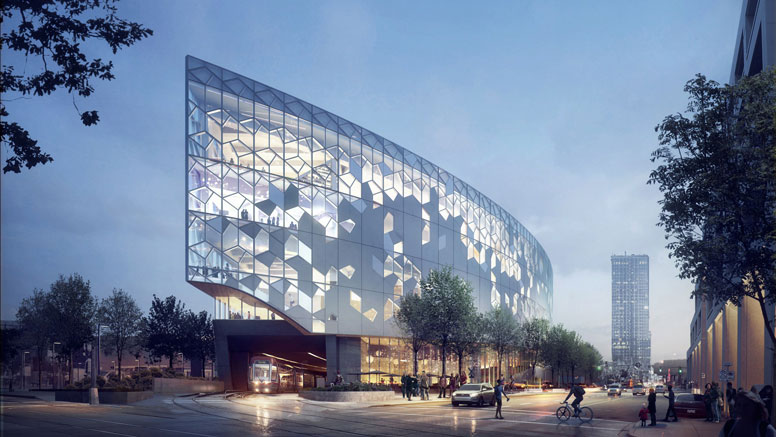 It was never going to be easy designing a library for all on a site that straddles the urban railway. Exciting and interesting though it is (and the library has received rave reviews worldwide) does it actually cut off sections of the community from what should be an enticing building?

Richard White, urban design commentator and blogger on all things Calgarian, argues that blank walls, when approached from the east side, and potentially dangerous concrete steps, among other considerations, act as barriers rather than gateways, especially for less able citizens.

Is this another example of the tension between architectural design and practical functionality in the context of the overall urban environment?

The more I visit Calgary's new Central Library, the less I like it
Opinion piece by Richard White for CBC News.