The winning design for the new southern branch of the Taiwan National Library has been announced. Taiwan News looks at Taiwan’s other top libraries. 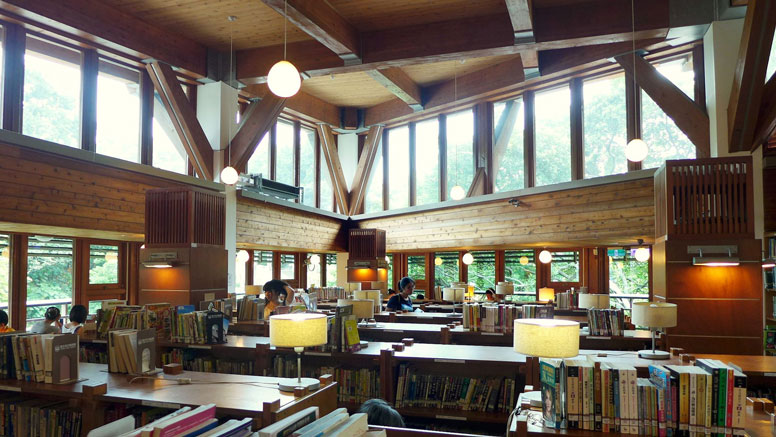 The new building will feature a large open-plan lobby, a solar canopy, and will incorporate an archive centre and digital preservation centre.

The National Library itself is included in the list, along with the Beitou branch, featured above, Taiwan’s first ‘green’ library, and the new Taipei City Main Library. Listed as number one is ‘the new Kaohsiung Main Public Library, which opened in 2015, offering a fantastic combination of great modern architecture and state-of-the-art library facilities. It is the world’s first suspended green building and features a spectacular rooftop garden with panoramic view.’

The new southern branch of the National Library is described by the architects as ‘a library, a park and a town’ – a hub of open learning. There’s a profile and image gallery of the project via the web link to Attractions Management on the right >

Taiwan’s Top 7 Libraries
As the design for the new southern branch of the Taiwan National Library is revealed, Taiwan News takes a look at the other impressive libraries across Taiwan