The extraordinary Stovner library: the shape of things to come

In January of 2018 the inhabitants of Oslo's Stovner district received a new social space in the form of a new library, but it’s no ordinary library… 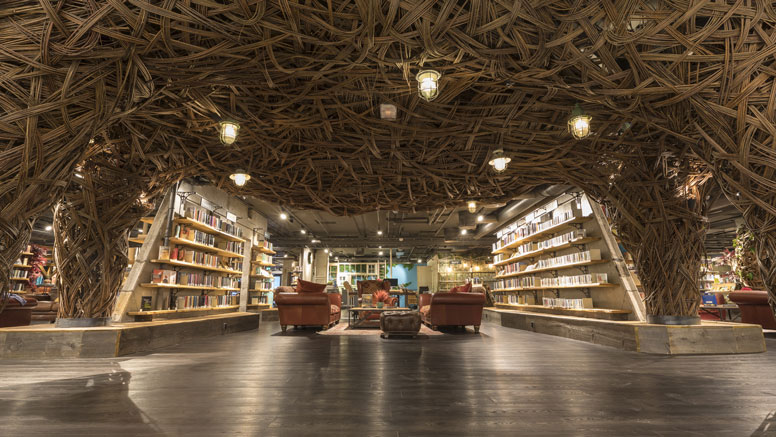 The ‘social library’ is the driving idea behind the Deichman Stovner library. Here, people of all ages will find a flexible, inclusive space in which to read, create, discuss, and have new experiences.

'This is the future for all Deichman libraries in Oslo, and hopefully also for the rest of the libraries in the country. The needs of the population are in a continual state of change. Our task is to create a space for knowledge, reflection, and participation in an ever-changing world,' says Oslo's new library director, Knut Skansen.

'The development of Deichman Stovner is part of a bigger project where the goal is to renew Oslo's library service. The library is not only important for the individual, but also for society as a whole. It needs to be a place where you are always welcome and can feel at home; where you can come as you are, even at quarter to eleven on a Sunday night,' says Raymond Johansen, Council leader of Oslo.

Where the people are

From 1980 to 2017 the local library in Stovner was downstairs, in an uninviting garage. 'The rooms were old fashioned, small, and worn. They created a lot of distance between people,’ says head of Deichman Stovner, Eli Sætre Follerås.

Interior Architect Aat Vos and the design firm Artisan Tech have now created an inspiring and flexible space that lays claim to 1100 square metres in the Stovner shopping mall. 'The mall is the heart of Stovner and the library belongs where the people are,' says Knut Skansen.

As a social space located where people gather and interact, with open access from morning till night, the library is, as Aat Vos describes it, ‘not yours, but ours’.

Designing for people: roots and shoots 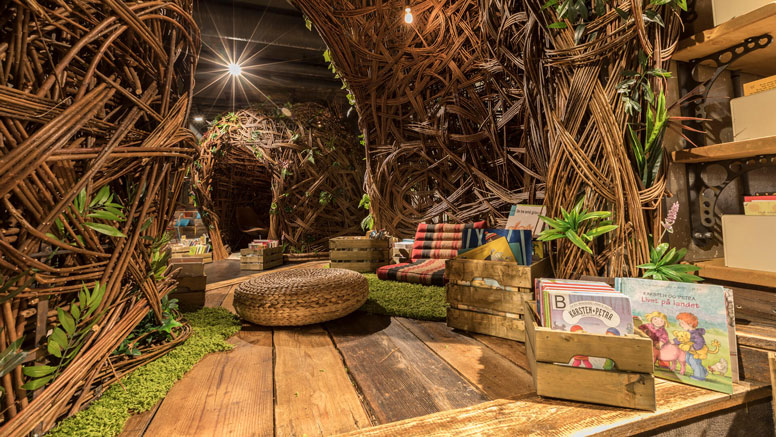 Aat Vos writes: ‘Instead of discriminating by age and having that determine the atmosphere of the interior, a more neutral option was chosen to appeal to all ages. The main source of inspiration was a park: accessible to everybody and offering the freedom to relax, play, read a newspaper or have a family barbecue, a park embodies the balance of neutrality and flexibility.

‘The shopping mall is situated on the fringe of the city of Oslo, where forest meets civilisation. The library adds new dimensions for meeting, learning and entertainment while alluding to the centre’s proximity to the forest. Green accents sprout up and flow throughout the interior; a choice rooted in colour psychology as green lies in the heart of the colour spectrum, and encourages calmness. The eye-catching interior in Oslo’s new urban living room contrasts calming earthy tones, plants and warm wooden elements with refreshing blues and glass walls, a look based on greenhouses.

‘World-class set designers produced extraordinary props for these green indoors, including bird nests big enough for people to gather in. Many materials are reclaimed or recycled, such as elm tree trunks from Oslo’s own Tøyen Park, or cast-iron window frames from a Norwegian factory from roughly the late 1800s. The bookshelves are a triple medley of materials: a combination of concrete, wooden planks in their original shape (with only the bark stripped away), and laser cut metal brackets, a homage to Victorian engineering.’ 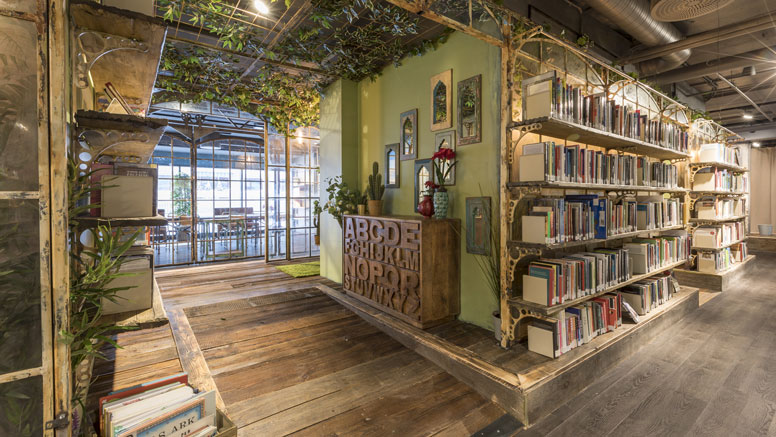 Biblo Tøyen: a library just for kids
The library, in a deprived area of Oslo, Norway, is rewriting the rules for creating library and social meeting places – with the help of kids themselves.