The Hive and Heritage Quay are winning libraries

Both libraries are winners in their categories of the SCONUL Library Design Awards for 2016. 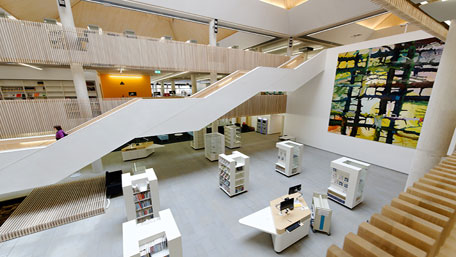 The SCONUL Library Design Awards took place on 1 December at the Museum of London. The awards have been made every three years since 1973 and recognise the best in the design of higher education libraries.

The Hive received the Award in the category of libraries over 2,000 square metres. Since it was officially opened by Her Majesty the Queen in 2012, The Hive has proven itself to be a fantastic resource for the University and the wider community. An exceptional £60 million facility, the Hive has issued more than 2 million books and dramatically increased the learning resources, technology, study and social spaces available to University of Worcester students.

With over a quarter of a million books and 12 miles of archive collections, The Hive is no ordinary library. It has a busy events programme, with regular public lectures, exhibitions and performances.

As a public as well as university facility, The Hive has achieved its vision to inspire the people of the region to read for enjoyment and for education. Since it opened, book borrowing and library visitor numbers have soared, with an increase of over 200% in the number of books issued, and a 100% plus increase in visits compared to the previous public Worcester Library. 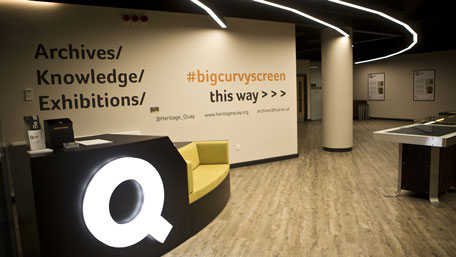 The Heritage Quay received the Award in the category of libraries under 2,000 square metres. Heritage Quay is the official archive for the University of Huddersfield, acting as the guardian of the archives of other organisations, families and individuals dating back over 200 years.

Its 21st-century role is to collect and secure the future of archives, both digital and physical, to preserve them for generations to come, making them as accessible and available as possible.

During 2012-2017 £2m funding from the Heritage Lottery Fund alongside funding from the University of Huddersfield has been invested in transforming the archives. New accommodation for customers and for archives has been built in Heritage Quay.

The presentations by the award winners and shortlisted libraries can be viewed on the SCONUL web page (link on the right).

The SCONUL Library Design Awards
The winners and shortlisted libraries.