A high-tech repository to hold the national archives of the civil nuclear industry has opened on the northern coast of Scotland. 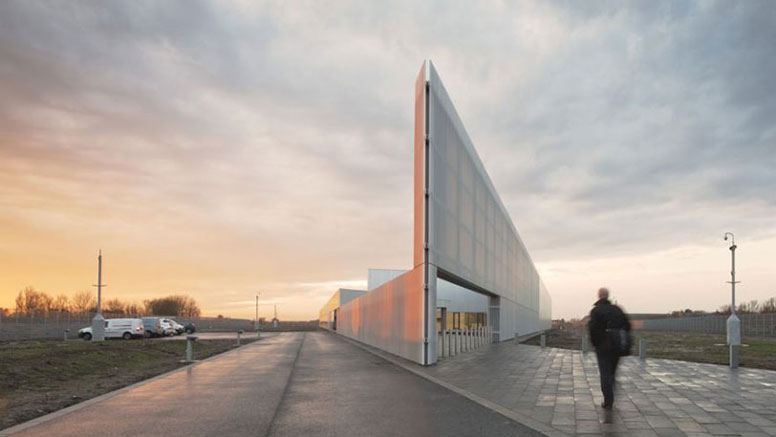 Designed by Edinburgh-based architects Reiach and Hall, the futuristic, shard-like building was constructed on the site of a former RAF base in Wick, Caithness.

Entitled Nucleus, the national nuclear archive building comprises a total of eight climate-controlled repository rooms, seven of which will eventually hold all the records from the UK’s civil nuclear industry. In addition there is a large public area on site, which includes a reading room and community space for exhibitions.

Archive records from the early days of Britain’s civil nuclear programme will fill the repositories at Wick as the first generation reactors come to the end of their working life and are decommissioned. The records will provide an immensely valuable archive for both scientists and researchers. But they also reveal fascinating insights into the social history of the towns and villages nearest the sites of the UK’s earliest nuclear power plants.